Fotografie is popular free Photography WordPress Theme in WordPress.org theme repository. Fotografie is a modern photography WordPress theme that comes with high-quality features and minimal design. True to the essence of the German word, Fotografie is simple, elegant and straightforward. It is ideal for creating photography websites for photographers, graphic designers, freelancers, artists, or bloggers. It comes with basic features that are extremely crucial, like header media options, hero content, portfolio, featured content, color options and menu options to create a simple and elegant website in no time. Designed to make your photographs stand out with clear, easy to read content, Fotografie has it all to take your photoblogs to the next level. Fotografie stands out in the respect that it puts your photographs in the limelight while doing all the important background work. Showcase to the world what’s important – your Fotografie. This theme is translation ready. For more details check out the Theme Instructions. 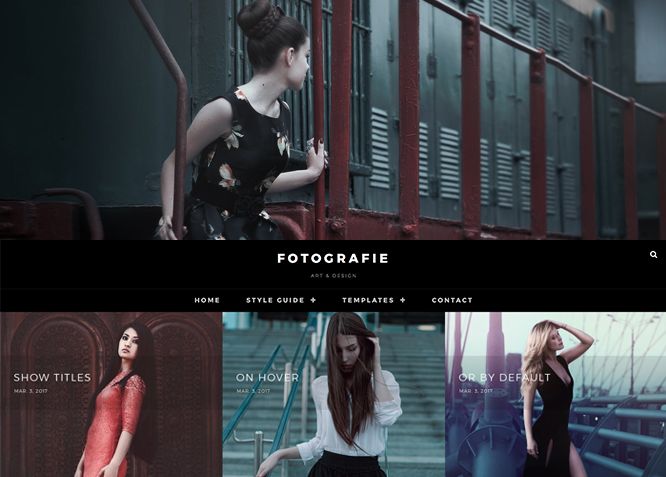 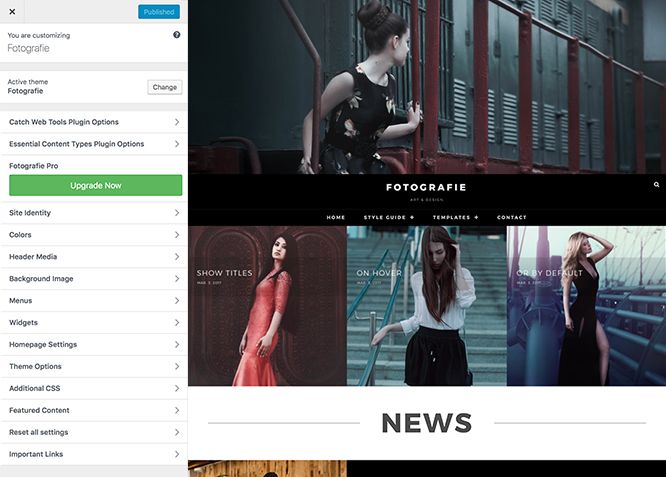 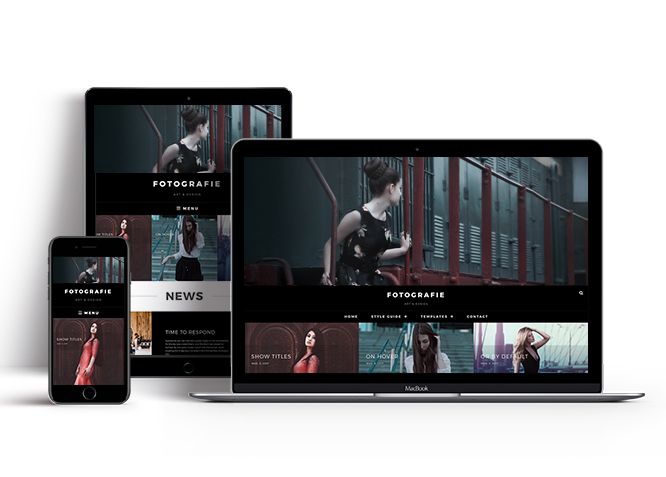 Webmaster Tools option helps you to minutely manage your site. Firstly, it helps to verify the site in Google, Yahoo and Bing. Additionally, whether it is something like site optimization, keeping track of your site traffic or overseeing and altering your display settings, you can call the shots for you site through Webmaster tools. These tools also allow you to add to your site Header and Footer Scripts like Google Analytics, Site Stats, Facebook, twitter and much more.

We have a great line of support team and support documentation. You do not need to worry about how to use the themes we provide, just refer to our Tech Support segment. Further, if you need to do advanced customization to your website, you can always hire our theme customizer!

Featured Content allows you to highlight your recent & popular posts on your website. It can either be displayed on Homepage or the entire site. You can add your title and sub-title for featured content, select the number of featured content, display Meta, select multiple categories, and enjoy displaying your featured & recent posts.

You can now display the best assets of your website with the Hero Content feature. The feature allows you to highlight the most important content in a fashion that is easily attention-grabbing. You can enable the hero content either on Homepage or the entire site. Hero Content - the easiest way to display your strengths.

Portfolio empowers you to showcase your professional skills and accomplishments to the world at large. Display your Portfolio in an elegant manner on the Homepage/Frontpage, the entire site or you can also disable it completely if you don’t need it. An astounding way to easily display your experience, skills, talent, and expertise.

#How to add Featured Image in Post/Page?

For regenerate thumbnails got to this link

Select Menu Locations
You can assign your custom menu in 2 different locations. You assign it either from "Appearance => Customize => Menus => Manage Location" or from "Appearance => Menus => Manage Location"
Select your Custom Menu as Header Menu to display it as the Main Menu, which will replace the default Page Menu
Select your custom menu as Social Menu

You can customize this theme using cool additional features through Customizer at "Appearance => Customize" from your WordPress Dashboard.

#How to add Logo?

#How to enable/disable Site Title and Tagline

#How to add Header Video?

#How to add Header Image?

#How to Change the Excerpt Length and Read More Text?

#How to Set Certain Categories to Display in Homepage/Frontpage?

Fotografie has 2 Site Layout and 2 Singular Content Layout options to choose from "Appearance => Customize => Theme Options => Layout Options"
Site Layout
Once you are in Layout Options, you can Check the option below "Site Layout" which will set our site layout.

#How to change Pagination Options?

#How to enable/disable Scrollup feature?

Go to this link for more detail.

If you want content type option in your theme you can either use Jepack or our free plugin Essential Content Type. The details are listed below:

Fotografie supports different features from Jetpack like: 1. Portfolio, 2. Content Options and 3. Featured Content. To get these option you need to install Jetpack. To use these features you can simply install Jetpack Plugin, by following the steps provided by the link.

#How to add Portfolio in Homepage/Frontpage using Jetpack?

You can install our free plugin Essential Content Type from this link and follow the steps provided by the link.

How to add Portfolio in Homepage/Frontpage using Essential Content Type?#

Fotografie has 2 Widgets to choose from. They are: 1. CT: Recent Posts and 2. CT: Social Icons. You can add widget in widget area as per your need.

#How to add Widgets in widget area?

Go to this link for more detail.

#How to add "Social Icon" in widget area(CT:Social Icon)?