Clean Business is a clean, responsive and incredibly resourceful Free WordPress Business theme that can adapt to any corporate and blog niche and provide users with an accessible interface. If your goal is to build a successful corporate website that is natively responsive, then look no further than Clean Business. This clean and minimalistic business and blog WordPress theme is deeply customizable with options through theme customizer. Any user can tailor his/her experience, and create a website that stays true to his/her vision. It is jam-packed with myriads of different features like featured content, featured sliders, promotion headlines, breadcrumb, pagination, navigation, custom widgets and header image options, each designed to enhance online business sites of any size. These features allow for a greater degree of flexibility and versatility. This theme is translation ready. For more details check out Theme Instructions 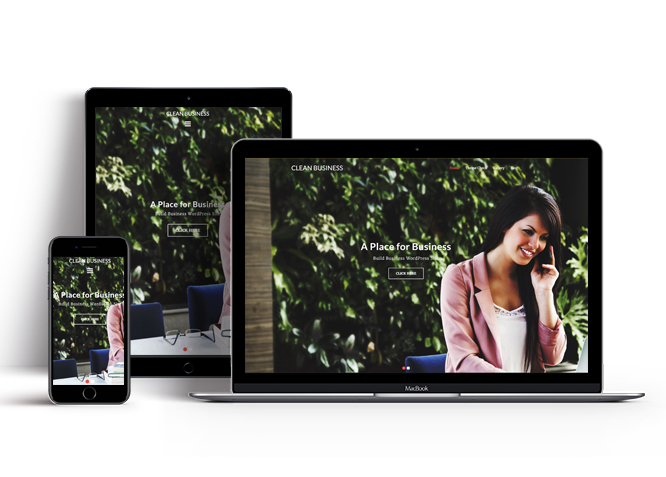 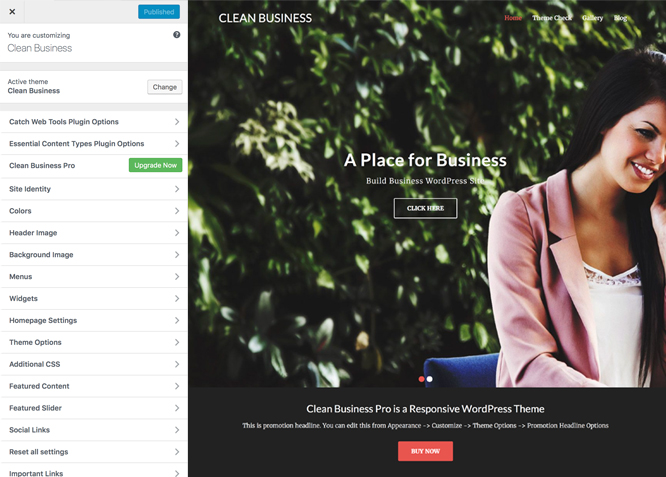 Featured Page Slider is an option that is helpful to highlight noteworthy pages on your site. You can have columns of content as well as selected images set on your page slider. The fun part is, you get to decide for how long a page stays on your page before something else comes up on the slider. How will you make that happen? By exercising your control over different slide effects and their timing!

Featured Content allows you to highlight your recent & popular posts on your website. It can either be displayed on Homepage or the entire site. You can add your title and sub-title for featured content, select the number of featured content, display Meta, select multiple categories, and enjoy displaying your featured & recent posts.

How to add Featured Image in Post/Page?