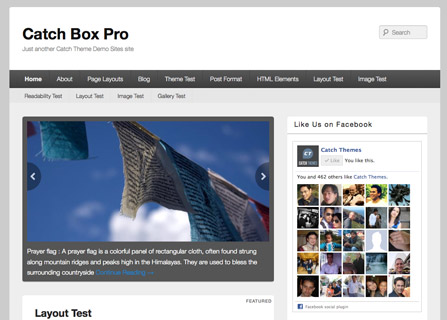 Catch Box Pro is an advance version of our popular theme Catch Box. It is simple, lightweight and box shaped responsive WordPress theme that automatically adapts to the screen’s size, ensuring that your content is always displayed beautifully no matter what device visitors are using. It’s powerful and advance admin theme options designed to suit almost all projects.